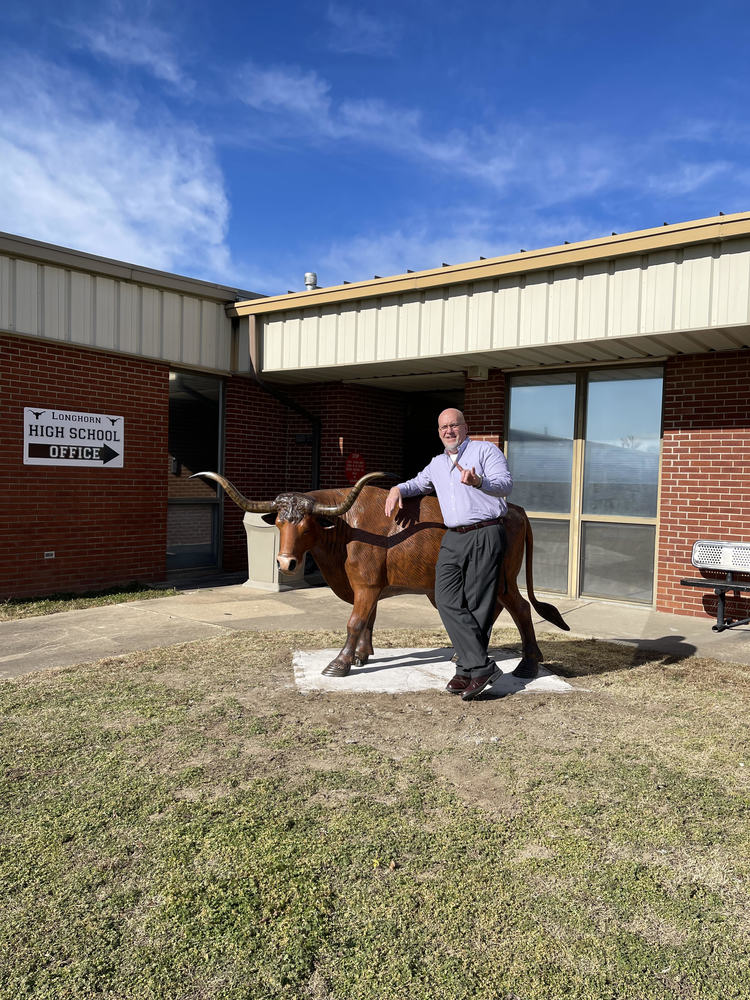 High school principal Paul Gruenberg is retiring at the end of the semester after spending over half his educational career at Inola. Gruenberg first became a Longhorn in 1993 as a teacher and coach.  After seven years, he left to become an administrator at a different district.

Returning in 2008 as the high school principal, Gruenberg became a Longhorn yet again. “Inola has given me more than half of my years in education as a teacher/coach/administrator, and I wanted to do something before retirement that the school could be proud of that represents our Longhorn tradition.”

The Longhorn was made by a company in Arizona. After doing research, Gruenberg decided this company “seemed to provide the most original looking statues that I could find.”

Gruenberg has asked the high school students to participate in a contest to name the longhorn.  He plans to decide on a name soon.